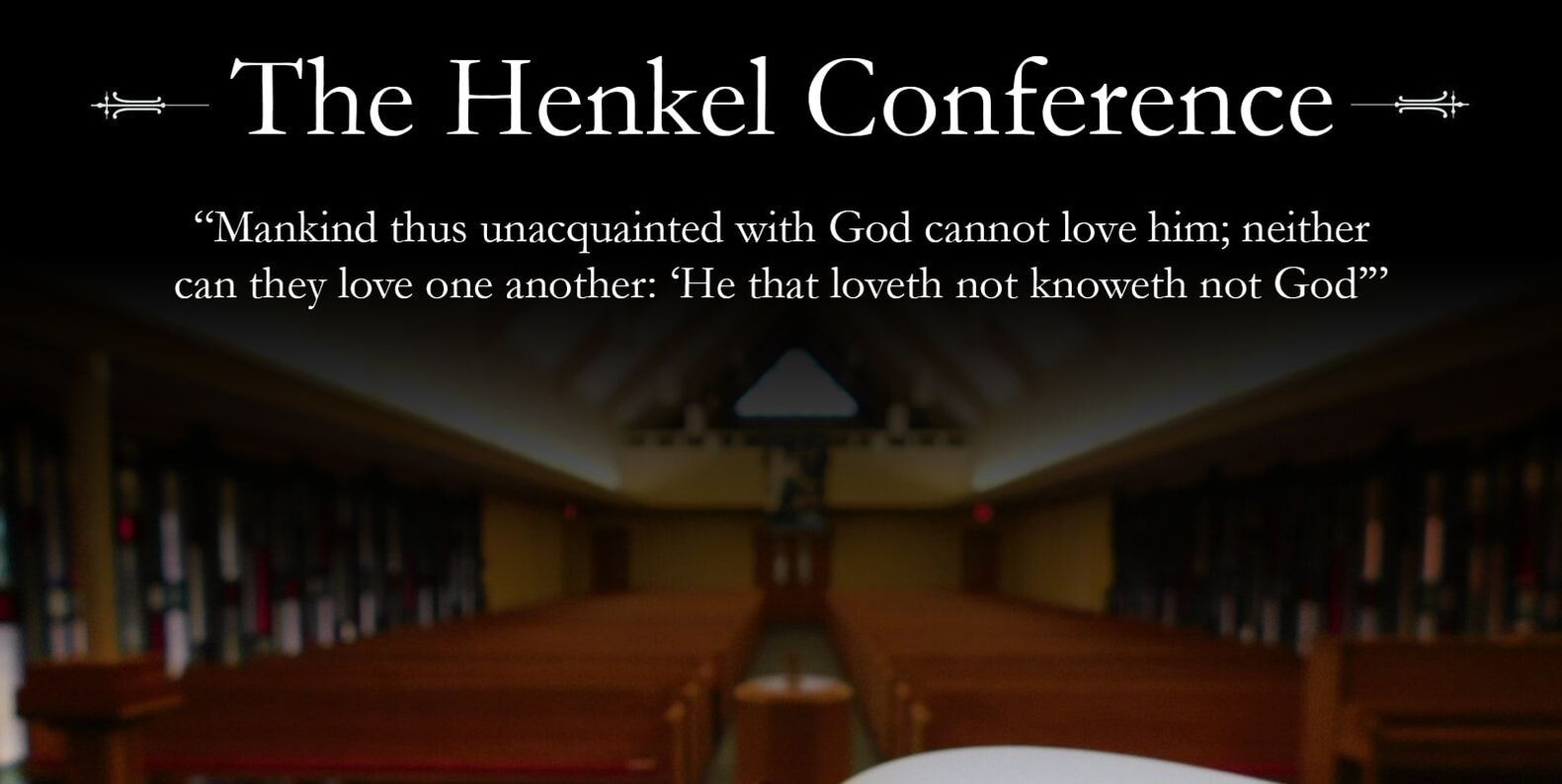 The most convenient accommodations are available at the Hampton Inn Nashville North Skyline (615-762-3500).

We have scholarships available for high school and college students--please email henkel@ascensionmadison.com for details.

The tentative schedule is as follows (all times CT):

Ryan T. Anderson, Ph.D., is the President of the Ethics and Public Policy Center, and the Founding Editor of Public Discourse, the online journal of the Witherspoon Institute of Princeton, New Jersey.
He is the author of When Harry Became Sally: Responding to the Transgender Moment and Truth Overruled: The Future of Marriage and Religious Freedom. He is the co-author of What Is Marriage? Man and Woman: A Defense and Debating Religious Liberty and Discrimination, and the co-editor of A Liberalism Safe for Catholicism? Perspectives from “The Review of Politics.”
Anderson’s research has been cited by two U.S. Supreme Court justices, Justice Samuel Alito and Justice Clarence Thomas, in two Supreme Court cases.
Anderson has made appearances on ABC, CNN, CNBC, MSNBC, and Fox News. His work has been published by the New York Times, the Washington Post, the Wall Street Journal, Oxford University Press, Cambridge University Press, the Harvard Journal of Law and Public Policy, the Harvard Health Policy Review, the Georgetown Journal of Law and Public Policy, First Things, the Claremont Review of Books, and National Review.
He is the John Paul II Teaching Fellow in Social Thought at the University of Dallas, a member of the James Madison Society at Princeton University, and a Fellow of the Institute for Human Ecology at the Catholic University of America.

Rev. Dr. Thomas M. Winger is president of and professor at Concordia Lutheran Theological Seminary (CLTS), St. Catharines, Ontario, Canada. Prior to CLTS, he served for six years as pastor of Grace Evangelical Lutheran Church, St. Catharines, a German-English congregation.
An active writer, Dr. Winger is the author of dozens of articles, many published in Lutheran Theological Review. He is the (co)editor of three books and a contributor to The Lutheran Study Bible. He has written studies for the theological commissions of Lutheran Church–Canada and the Evangelical Lutheran Church of England (ELCE). He also served as a member of the liturgy committee of Lutheran Service Book, and penned the volume on Ephesians for the Concordia Commentary series.
Born in Coventry, England, into an ELCE parsonage, Dr. Winger has lived his life alternately between England and Canada, with some years also in the United States. From the latter, he received his dear wife, Sara, now a happily naturalized Canadian, with whom he has two children, Anne and Benjamin. Their house is filled with music.

Dr. Brent P. Waters is the Jerre and Mary Joy Professor of Christian Social Ethics and director of the Jerre L. and Mary Joy Stead Center for Ethics and Values at Garrett-Evangelical Theological Seminary, Evanston, Illinois. He is the author of Common Callings and Ordinary Virtues: Ethics for Everyday Life; Just Capitalism: A Christian Ethics of Economic Globalization; Christian Moral Theology in an Emerging Technoculture (forthcoming); This Mortal Flesh: Incarnation and Bioethics; The Family in Christian Social and Political Thought; From Human to Posthuman: Christian Theology and Technology in a Postmodern World; Reproductive Technology: Towards a Theology of Procreative Stewardship; Dying and Death: A Resource for Christian Reflection; and Pastoral Genetics: Theology and Care at the Beginning of Life, with co-author Ronald Cole-Turner; and editor of God and the Embryo: Religious Voices on Stem Cells and Cloning, with co-editor Ronald Cole-Turner. He has also written numerous articles and lectured extensively on the relationship among theology, ethics and technology.
Dr. Waters has served previously as the Director of the Center for Business, Religion and Public Life at Pittsburgh Theological Seminary.

Rev. Dr. Gifford Grobien joined the faculty of Concordia Theological Seminary, Fort Wayne (CTSFW), Indiana, in 2012, as Assistant Professor of Systematic Theology and Director of the Doctor of Ministry Program. In 2018, the Board of Regents granted him tenure and advanced him to the rank of Associate Professor of Systematic Theology. Prior to attending seminary, he was a Surface Warfare Officer in the U.S. Navy (1995–2000). He earned his BS in Foreign Service from Georgetown University in 1995, where he first met Regina, originally from Huntingdon Valley, Pennsylvania. They were married in December 1995 and have eight children and two grandchildren.
Publications include Christian Character Formation: Lutheran Studies of the Law, Anthropology, Worship, and Virtue; “From Taboo to Delight: The Body, Sex, and Love in View of Creation and Eschatology”; “Marriage, Divorce, and Remarriage: The Triumph of Culture?”; “The Christian Voice in the Civil Realm”; “Marriage and So-Called Civil Unions in Light of Natural Law,”; and “Righteousness, Mystical Union, and Moral Formation in Christian Worship”.

Leonydus Johnson is a speech-language pathologist, writer, podcast host, theatre and film actor, director, musician, hip-hop artist, Christian, father, husband, and advocate for individualism and a post-racial society. He has a Bachelor’s Degree in Psychology and a Master’s Degree in Speech-Language Pathology, both from Ohio University. He began hosting the Informed Dissent podcast in August 2020.

Doug Mainwaring is U. S. Bureau Chief for LifeSiteNews, an author, and a marriage, family and children’s rights activist. He has testified before the United States Congress and state legislative bodies, originated and co-authored amicus briefs for the United States Supreme Court, and has been a guest on numerous TV and radio programs. Doug and his family live in the Washington, DC suburbs.

Rev. Robert Paul is a native of Sayville, New York, a town on the south shore of Long Island. He serves as Associate Pastor and Headmaster of Memorial Lutheran Church and School, Houston, TX. Pastor Paul holds a bachelor's degree from Concordia College-New York and a Master of Divinity and a Master of Sacred Theology from Concordia Theological Seminary, Fort Wayne, IN. He is currently a candidate in the Ph.D. program at Concordia Seminary, St. Louis. Pastor and his wife Amy have two sons and three daughters.